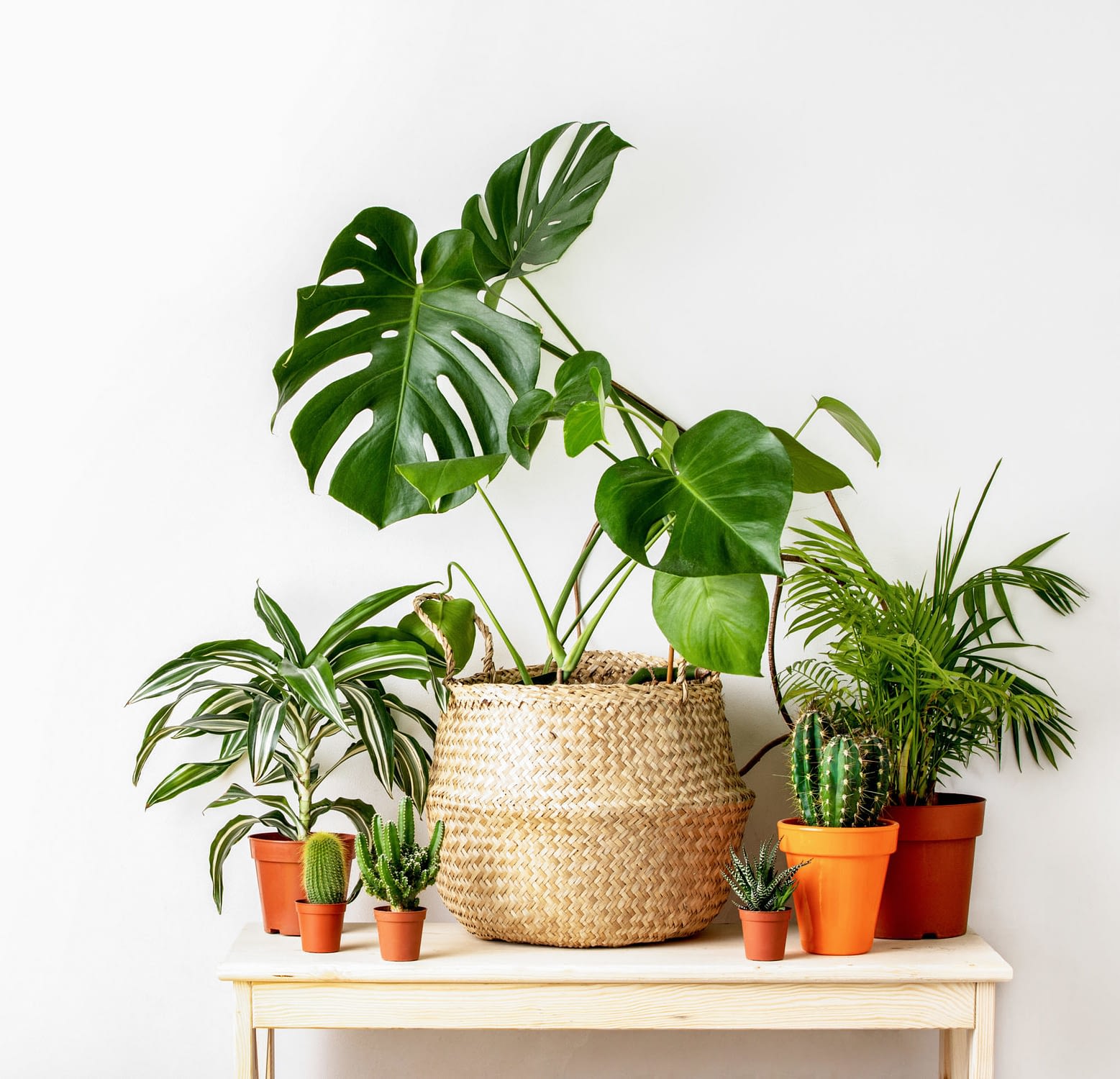 Projects like installing new carpet and painting walls can release chemicals that pollute indoor air. Luckily, some houseplants moonlight as efficient purifiers. For the best results, put as many plants as you can care for in the rooms you use most, says environmental scientist Dr. Bill Wolverton. That means you’ll want at least two plants (in 10- to 12-inch pots) per 100 square feet of space; if you’re in the middle of major renovations, aim for more plants. One tip: Be sure not to overwater, as too much soil moisture can lead to mold growth.

How it Helps: Its dense foliage excels at absorbing formaldehyde—the most prevalent indoor pollutant, says Wolverton—which shows up in wood floorboard resins and synthetic carpet dyes.

Peace Lily (Spathiphyllum) Among the few air purifiers that flower, the peace lily adapts well to low light but requires weekly watering and is poisonous to pets.

How it Helps: This year-round bloomer rids the air of the VOC benzene, a carcinogen found in paints, furniture wax, and polishes. It also sucks up acetone, which is emitted by electronics, adhesives, and certain cleaners.

Lady Palm (Rhapis excelsa) An easy-to-grow, tree-like species, the lady palm may take a while to start shooting upward. But once it does, its fan-like patterned leaves will add charm to any spot.

How it Helps: Easy on the eyes, this plant targets ammonia, an enemy of the respiratory system and a major ingredient in cleaners, textiles, and dyes.

Boston Fern (Nephrolepis exaltata) First popularized during the Victorian era, the Boston fern features feather-like leaves and curved fronds that are well suited to indoor hanging baskets. It’s considered one of the most efficient air purifiers, but it can prove a bit difficult to maintain because of its need for constant moisture and humidity.

How it Helps: This fern works especially well in removing formaldehyde, which is found in some glues, as well as pressed wood products, including cabinetry, plywood paneling, and furniture. (Some studies also show it can remove toxic metals, such as mercury and arsenic, from soil.)

Snake Plant (Sansevieria trifasciata) Also known as mother-in-law’s tongue, this sharp-leafed plant thrives in low light. At night it absorbs carbon dioxide and releases oxygen (a reversal of the process most plants undergo). Pot a couple and put them in your bedroom for a slight oxygen boost while you sleep.

How it Helps: In addition to helping lower carbon dioxide, the snake plant rids air of formaldehyde and benzene.

Golden Pothos (Epipremnum aureum) This fast-growing vine has a reputation for flexibility. You can pot it with something to support it, plant it in a hanging basket, or train it to climb a trellis. Dark green leaves with golden streaks and marbling make it an eye-catching addition to a home or office.

How it Helps: Like many other vines, it tackles formaldehyde, but golden pothos also targets carbon monoxide and benzene. Consider placing one in your mudroom or entryway, where car exhaust fumes heavy in formaldehyde are most likely to sneak indoors from the garage.

Wax Begonia (Begonia semperflorens) Place in an area with abundant sunlight and this semiwoody succulent will produce pretty clusters of flat white, pink, or red flowers during the summer.

How it Helps: The wax plant is a heavy hitter in filtering out benzene and chemicals produced by toluene, a liquid found in some waxes and adhesives, according to a University of Georgia study conducted last year.

Red-Edged Dracaena (Dracaena marginata) While this slow-growing shrub can get quite tall (up to 15 feet), it’s relatively compact and will make the most out of whatever floor space you can offer it. For best results, keep one in a room with high ceilings and moderate sunlight, and water occasionally. Its red-trimmed leaves will deliver a dose of unexpected color.

How it Helps: This plant will take care of gases released by xylene, trichloroethylene, and formaldehyde, which can be introduced by lacquers, varnishes, and sealers.

How it Helps: Put a spider plant on a pedestal or in a hanging basket close to a sunlit window and you’ll benefit from fewer airborne formaldehyde and benzene molecules.

Thanks to Danielle Blundell of This Old House magazine for these great household tips!

Be Clean, Be Happy, Be Healthy

Forgotten Easter Egg or Just Us?

You Can Dance If You Want To, You Can Leave Your Dirt Behind!